In 2001 President Bush signed the No Child Left Behind Act into law. It was a law that would have sweeping effects on the landscape of eduction in the United States. One of the areas that No Child Left Behind (NCLB) addressed was to ensure that each state had core curriculum standards in place and that every school adhered to teaching and assessing these core standards. 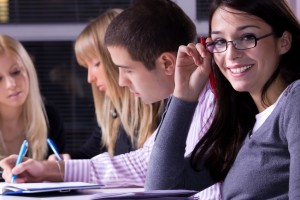 In New Jersey the core curriculum standards cover the areas of: Visual and Performing Arts; Comprehensive Health and P.E.; Science, Social Studies; World Languages; Technology; and 21st Century Life and Careers. Mathematics and Language Arts are still covered by the Common Core State Standards that are covered by the Council of Chief States School Officers. New Jersey joins 43 other states to have adopted their own Core Curriculum Standards.

One very important concept to understand concerning New Jersey\’s Core Curriculum Standard is that these Core Standards are legally binding for public school districts within New Jersey. Schools are held accountable for implementing, teaching and assessing student achievement in each of the Core Curriculum Standard areas. If a school district in New Jersey fails to properly implement or assess the state\’s Core Standards they will receive a lower rating; such as Proficient or At-Risk. This rating is public information and can help parents moving to a new district determine which district has a better track record at education their students.

Also tied to the implementation and assessing of New Jersey\’s state standards is school funding. If a school district fails to take actions to remedy a breakdown in the achievement of their students in a particular core curriculum area they can have funding decreased. Teachers and administrators can also be reassigned or removed from their jobs if the school district continues to be unable to address particular problems as they relate to the Core Curriculum Standards. There is much controversy over NCLB and how it has changed public education in the United States. Whether or not NCLB stands the test of time remains to be seen but in New Jersey it has drastically changed how schools teach and assess their students.

This entry was posted onSaturday, November 26th, 2011 at 1:05 pm and is filed under Instructional Media. You can follow any responses to this entry through the RSS 2.0 feed. You can leave a response, or trackback from your own site. Both comments and pings are currently closed.